Finish the Race- it’s more Important than the Time or the Position - Speaker | Mentor | Pádraic O'Maille | The Disciplines of Successs | Ireland
091 865 340 p@omaille.ie 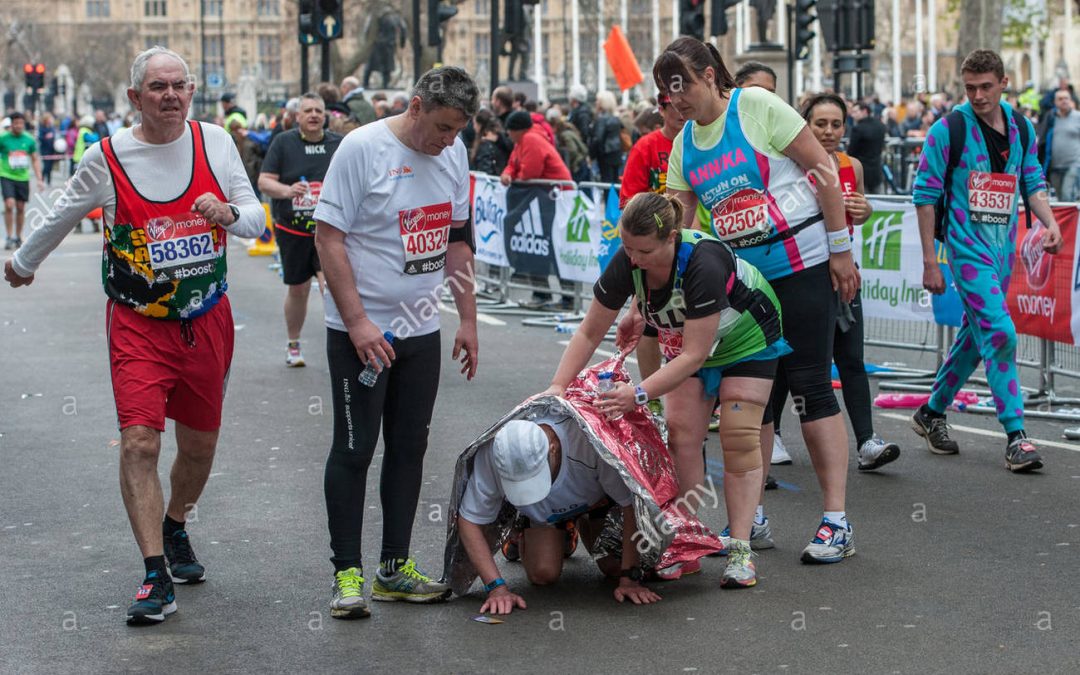 Finish the Race – It’s More Important than either the Time or the Position.

TV producer Bud Greenman was packing away his gear following the 1968 Mexico City Marathon. It had been over an hour since he had preserved for posterity the elegance and poise of the iconic Ethiopian runner Mamo Wolde as he cruised, almost effortlessly, across the finish line in a time of 2:20:26.

An assistant came running up to him yelling

‘There’s one left. You ought to film him’.

And sure enough, into the darkened and almost deserted stadium, hobbled a heavily bandaged and clearly injured competitor. Each step caused him to wince painfully.

John Stephen Akhwani, the Tanzanian competitor, had fallen badly in the eleventh mile while jockeying for position. In the fall he dislocated his knee and badly damaged his shoulder as it was rammed against the pavement.

The few remaining spectators inside the stadium began to cheer and clap as Akhwani struggled to reach the finish line. As he crossed it, he fell for the second time, clutching his knee in agony.

The crowd roared their acclaim.

Greenman had recorded every scintilla of that excruciatingly painful, courageous and emotional finish. In addition, he got to interview Akhwani immediately after the race. He asked him:

‘Mr Akhwani, why did you bother to finish the race given your injuries and knowing full well you couldn’t win?’

Akhwani was the last to finish in 54th place but 75 started the race.

Reilly loved that story for its tenacity, persistence and character.

Founder of the modern Olympic Games.

(Today, July 1st 2020 is the first day of a new month and a new quarter. It is also the first day of the second half of a year that has left many of us injured and way behind in the race of life. Like Akhwani however, we have a choice. We can gracefully give up and blame it on circumstances. Or we can doggedly race on, assuredly knowing that we were sent to finish the race, not start it.

Today, July 1st 2020 is a significant day in the life of the legendary and iconic Cháv Dever. Cháv is the inspiration, and frequently the protagonist, in many of Reillys stories. The world is an infinitely richer, wiser and funnier place with the ilk of Cháv Dever. Happy Birthday.)