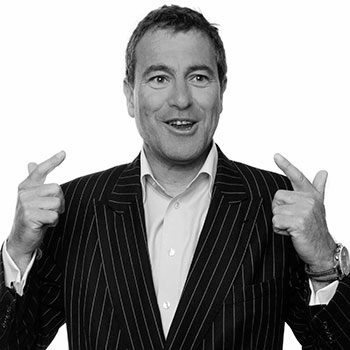 Hello, I’m Pádraic Ó Máille, the founder of the
SMÁCHT Business Mastermind Alliance. We bring together high-achieving entrepreneurs and help
them grow their business ten-fold.

Hello, I’m Pádraic Ó Máille, the founder of the
SMÁCHT Business Mastermind Alliance. We bring together high-achieving entrepreneurs and help
them grow their business ten-fold.

Are you ready to transform your business and lifestyle now?

Have you ever wondered what is the one thing more than any other factor that prevents you growing your business and lifestyle to the next level?

The chances are that it’s unlikely to be either money or time or even talent.

You may be surprised to learn that it’s your routines.

A routine is simply a sequence of actions regularly followed and routines can at once be either your best friend or your greatest enemy.

The great news is that the quickest and most enduring way to transform your business is to change your routines.

That’s why we created The SMÁCHT Business Mastermind Alliance. To help proactive business owners and entrepreneurs who want to up their game and move to the next level to develop and embed powerful new routines and habits.

Now is your opportunity to step up to an exciting and challenging paradigm shift in your business.

No more working endless long hours and being the first to start and last to leave.

No more wondering and worrying over where the next piece of business is going to come from.

No more paying yourself last and hoping there’s enough left after all the other bills are paid.

No longer being a busy fool but being in control of your business and enjoying a lifestyle that befits a successful entrepreneur.

No more sleepless nights over making the payroll or paying creditors.

No longer focusing on making money but rather creating a business that makes money.

No more working endless long hours and being the first to start and last to leave.

No more paying yourself last and hoping there’s enough left after all the other bills are paid.

No more sleepless nights over making the payroll or paying creditors.

No more wondering and worrying over where the next piece of business is going to come from.

No longer being a busy fool but being in control of your business and enjoying a lifestyle that befits a successful entrepreneur.

No longer focusing on making money but rather creating a business that makes money.

Are you ready to get around people who understand you and will challenge you and support you to be your best?

Are there people in your circle, be it in your team, family or friends who think you’re mad to be putting in such long hours or commitment?

Are there people around you who simply can’t see your vision and refuse to get excited or inspired by it?

Have you become the smartest person in every aspect of your business and others are simply either afraid or unmotivated to take you on.

Have you hit a plateau and are struggling to find another level?

If so, then now is a great time to have a chat about joining The SMÁCHT Business Mastermind Alliance. Or find out about our forthcoming events

Just what is Mastermind Alliance exactly?

Having studied at first hand the characteristics of the greatest business minds of his time, Napoleon Hill concluded in his book ‘Think and Grow Rich’ that no individual may have great power without availing themselves of the ‘Master Mind.’ ‘The Master Mind’ may be defined as the: ‘coordination of knowledge and effort, in a spirit of harmony, between two or more people for the attainment of a definite purpose.’

He elaborated to say that mastermind alliances have two unique benefits one of which is economic in nature, and the other psychic. The economic benefits are networking other people’s ideas, contacts, systems and even money. The psychic benefits are potentially more powerful in that ‘no two minds ever come together without, thereby, creating a third invisible, intangible force which may be likened to a third Mind.’

It’s this almost supernatural force more than any other that makes participation in a mastermind alliance so powerful.

Our 12 month programme is a unique combination of motivation, education, accountability and networking.

The buzz and energy and inspiration that emanates from a dynamic, switched on and high performing group of entrepreneurs led by world class facilitator.

The recognition and praise of your peers when you’re victorious and also the empathy and encouragement and support when things fail as they inevitably will for all in business.

The power of routines in business and life. The SMÁCHT philosophy is that ‘motivation gets you going but routines keep you going.’ It’s been empirically proven that will-power and self-control are limited resources. In order to create sustainable and enduring businesses it’s simply necessary to replace destructive routines with effective ones. The SMÁCHT body of knowledge comprises 52 proven routines in the areas of strategy, marketing, finance, communications, Human Resources and time management.

The dynamic of having to be accountable to a peer. Many entrepreneurs are their own boss and can be guilty of focusing on those areas where they excel in. This can result in growth but exponential growth occurs when results are accounted for across the business functions.

It’s been said that someday your network will equal your net worth. The contacts you will make on SMÁCHT will more than compensate for any investment you make on the program.
Sessions begin at 5pm in the afternoon and finish at 9pm. 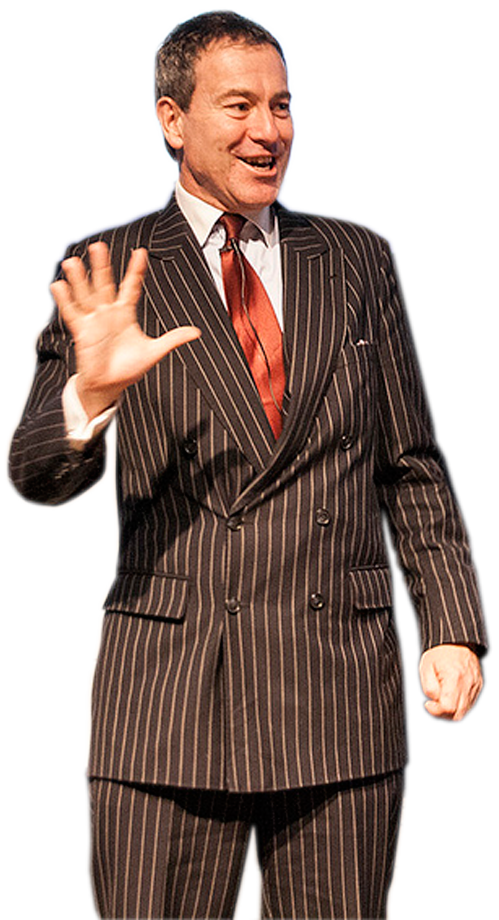 I stumbled upon the miracle of mastermind alliances quite by accident.

It was conceived in the winter of 2011 at the height of the last economic recession in response to almost overwhelmingly difficult business circumstances. A cadre of about a dozen of my clients were searching frantically for insights into how to survive a recession that there appeared to be no former blueprint for.

I brought them together on a once off basis to brainstorm solutions. What emerged was a comfort and recognition in being around others in the same predicament. What also arose was a recognition that the routines that served them well in good times needed to change radically to deal with a recession. Month by month we continued to motivate each other; educate each other; hold ourselves accountable for our actions; and to network prolifically.

The results were astounding. Word spread and the SMÁCHT community grew to 300 entrepreneurs within three years. Two hundred and eighty of those businesses are not just still in business, but many of them are thriving as industry leaders.

Here are some of their stories of transformation. 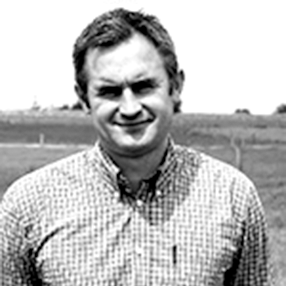 ‘When I began SMÁCHT you’ve got to understand that I was tied to my farm 24/7. Within 18 months I had set up my own profitable global agri business and now I spend upwards of two months a year in Canada with my family. What made it happen for me was the confidence I got from Pádraic and the other members of the group to have a go and change the habits and routines of a lifetime.’ 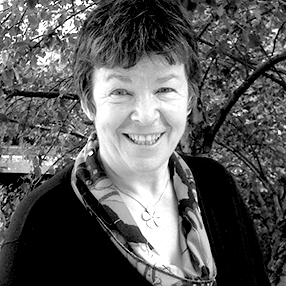 ‘They don’t teach business in medical school but that’s exactly what’s done in SMÁCHT. It took me from a tight clinical orientation right up to the plate of strategic business planning. It helped me set up my business interests in ways that freed me up to focus on what I do best which is research and writing and creating.’ 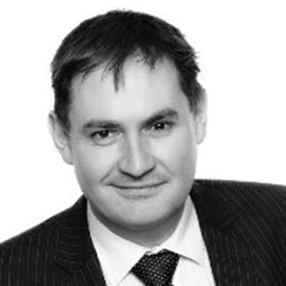 ‘Whilst attending SMÁCHT, and coinciding with the worst recession the country has ever seen, I set up three different businesses which were, and still are, all profitable. In addition, I’ve also travelled half way around the world on a motorbike and have lived for extended periods of time outside Ireland with my family. Pádraic is a superb mentor and SMÁCHT is a dynamic network and learning forum.

What does it require to qualify?

To qualify for SMÁCHT, you must be a business owner or senior manager or high performing salesperson who has at least three years running their business. You must also have earned a personal net income of €60,000 in the past year.

We’ve discovered that those who excel at the program have the following traits. They:

Are constantly and continuously looking to improve themselves.

Understand that change is a process and not an overnight affair.

Have high energy and enthusiasm levels and are willingly open to helping their alliance partners.

Are coachable and open to learning and growing.

Have a positive expectancy of success.

Are prepared to make time weekly to work ‘on’ their business.

Are constantly and continuously looking to improve themselves.

Are coachable and open to learning and growing.

Are prepared to make time weekly to work ‘on’ their business.

Understand that change is a process and not an overnight affair.

Have high energy and enthusiasm levels and are willingly open to helping their alliance partners.

Have a positive expectancy of success.

Are you ready to bring your business to the next level?

Schedule a time to call Pádraic to discuss if the program can significantly benefit you. Either way you will learn a lot from the call.

You will be notified within 24 hours of your eligibility and if successful will have two days to secure your participation.

The next mastermind sessions begin in August and September in order to make 2020 really count for you.

Imagine for one moment if you had the same potential as a Richard Branson or a Steve Jobs or a Michael O’Leary. Imagine the difference it could make to your business, today!

You have all that potential now and more. You have the potential to be, do or have almost anything you imagine.

Thomas Edison put it eloquently when he said.

‘If we did all the things we are capable of doing we would literally astound ourselves.’

Shane McGowan, that other performer of renown, was more direct when he proclaimed manfully to Kirsty McColl in ‘Fairytale of New York’ that.

‘I could have been someone.’

Her desolate reply said more than an entire PhD could on the topic of ‘Potential.’

‘Well so could anyone.’

The reality is that potential alone never closed a sale or built a team or turned a profit. Potential alone is not synonymous with performance. The streets are paved with people of unlimited potential who are under performing.

A burning desire to improve yourself and your business.

A sequence of actions proven to achieve business results and followed regularly.

A mentor and support group to encourage you to stretch beyond your comfort zone and who will hold you accountable for your routines.

For 28 years I have mentored the good and the great of the Irish business community. Many of them are household names and have grown their businesses a hundred-fold over that period. They would regard me as a positively inspiring person, a wise head and a trusted friend.

I welcome the opportunity of helping you bring your business and lifestyle to the next level.

You have a choice now to either procrastinate on this letter or to take action on the future success of your business.