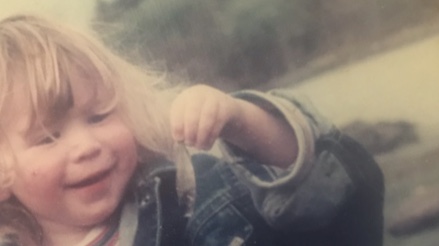 Reillys mother was sick and tired of saying that Reilly was the laziest person she’d ever met and that he’d amount to nothing if he didn’t discipline himself. She was of a generation whose entire belief system was predicated on the belief that the secret to success in any endeavour was hard work and discipline. She put hard work and discipline squarely ahead of innate talent, aptitude and even divine supplication.

And she was mostly right. Reilly had an aversion to hard work and discipline.

Within one week of beginning secondary school Dan Smith, Reillys biology teacher, had bestowed on him the moniker of ‘Doing Nothing.’

What confounded Reilly however was that his mate John Walsh was the laziest person he knew.

Christened ‘Doing Nothing At All’ by Dan Smith, Walsh nonetheless came near the top of his class when it came to exams; was an elite sprinter on the athletics team; and lived the most relaxed, carefree and jovial life of anyone else that Reilly knew.

The question that perplexed Reilly was how was it possible for some people like Walsh to perform so highly with little apparent discipline and how was it that others, who worked inordinately hard failed miserably in their endeavours.

He might never have explained it save for the intervention of his Uncle Stiofáin.

He’d arrived early one Saturday morning in May and announced to Reillys mother that he’d take Reilly away for the day and put SMÁCHT* on his fishing. Despite the mother’s protestations about another distraction from his studies she reluctantly relented and Reilly was liberated from a day of looking at books.

Stiofáin was the best angler on the Corrib by a country mile and Reilly was soon to learn why. To begin with he had a typed checklist for stacking the boat and preparing to go fishing called ‘A Place for Everything and Everything In Its Place.’ He explained to Reilly that an aircraft pilot would never countenance flying without a checklist. It was the same for a professional angler.

Before they launched the boat Stiofáin asked Reilly.

‘What would make this a great day Reilly?’

Reilly didn’t have to think twice.

‘Oh, to catch loads of fish Uncle Stiofáin and a few whoppers.’

‘Reilly, the one thing we can’t guarantee today are the number and quality of the fish we’ll catch. There are some days I’ve caught dozens of fish including specimens and many more days when I’ve caught nothing. Fishing, like life, is a great leveller and source of humility. Sometimes, if we have high expectations and we don’t achieve them it can leave us feeling dispirited and demotivated. Far better Reilly to focus on what you can control.’

Reilly was clearly disappointed and a tad disenchanted.

‘So are you saying Uncle Stiofáin, having goals and high expectations are a bad thing.?’

‘Great question Reilly. Goals are magic but there are three different types of goals or measures, and it’s vital to understand the difference between them. The first of these is what are called outcome goals or measures. These are focused on achieving a result like catching a fish, or passing an exam, or dare I say it, getting off with a pretty girl!

‘The second type of goal or measure, and much more powerful, are what we call process goals or measures. These focus on developing systems and routines and habits that underpin the achievement of your outcome goals.

‘And Reilly, when you decide the type of person you want to be, prove it to yourself with small and tiny wins.’

Reilly was still processing this information from Stiofáin and quietly proclaimed.

‘I intend to become a great angler.’

‘Now you’re sucking diesel amhac. And what type of person would you have to be to become a great angler?’

Stiofáins only concession to fashion and ostentation was a pair of polarised sunglasses to enable him better see beneath the water when he was dapping flies. He put them on now to conceal from Reilly the tears of pride and joy in his eyes.

That day they tried four different types of lure, and not to much avail. They began trawling baits and caught three small perch. Then they switched to trawling flies and Stiofáin caught a nice two pound trout on a Sooty Olive fly. Then they tried dapping mayfly but there wasn’t enough wind.

As the day was drawing to a close Stiofáin took in the dapping rods and opened a box called Bricín. He impaled two live bricín on a brass mount and trussed them delicately with red thread and handed the rod to Reilly.

Reilly had a heightened sense of anticipation but it lost its edge after a few minutes of no action.

He would never again forget the next experience. The rod dug explosively into the left side of his abdomen momentarily winding him. The reel hissed and screeched like a mad banshee. He looked behind and he saw the fish break water forty yards away and descend with renewed vigour and velocity.

The reality dawned on Reilly. He had a specimen fish on the end of his line and he wanted at all costs to get him in the boat. Imagine the kudos from this! Already he felt the adulation of his friends, and in particular his enemies, as they saw his spoils of war. In fact, he’d get him stuffed and displayed over the fireplace where everybody would see it and know what a great guy Reilly was.

‘Will you bring him in Uncle Stiofáin please. He’s too big and powerful for me and I’ll surely lose him.’

‘What’s your goal for the day? asked Stiofáin evenly.

‘To become an angler as great as you. And to make small wins today.’

‘Then keep the tip of the rod up at all times and give him plenty of line if he looks for it.’

It took Reilly twenty seven minutes to land that fish. On three occasions they’d had him at the net but on each occasion the salmon summoned a fresh impetus of energy and seared away to the depths of the lake. When finally, Stiofáin netted the fish and laid him on the floor boards Reilly never experienced such savage beauty.

Gently Stiofáin unhooked the bricín from the salmons mouth and asked Reilly to hold the fish. After a moment he took the fish back and carefully placed him in the water with his head pointed downstream. The salmon appeared listless and lifeless before the fresh water entered his gills and he gradually resuscitated.

Then he released him. Let him go. Back to the golden depths from whence he’d come and where he was returning to.

‘Why did you let him go? He was my fish. I’ll never catch as big as one as that again. I hate you.’

It’s called different things in different cultures. The Jews refer to it as Bar Mitzvah. The members of the Sateré-Mawé tribe in the Brazilian Amazon call it simply ‘The Bullet and Ant.’

It was the day he came of age. Things would never be quite the same again.

The following morning Reilly was at Stiofáins house in St Mary’s Road before even Stiofáin was up.

The journey of becoming an angler had truly begun.

For ever afterwards, as he ghillied for the good and the great, he would reflect on what Stiofáin taught him about SMÁCHT that day.

‘The idea so excited me I began that evening.’

Tim Robinson when it was suggested to him to do a map.

A Jesuit priest once said to Tony O’Reillys mother.

*’Smacht’ (pronounced smocht) is the Irish word for discipline or control. When a Micheal Ó Muircheartaigh would describe Joe Canning putting ‘smacht ar an sliotar’ he’d be referring to Joe controlling or mastering the ball. Wonderful word with no equivalent in the English language.

(Thanks to a former Matron in Cahercalla Hospital in Ennis who taught me, and so many of my clients, this gem thirty years ago, long before we ever heard of Lean Thinking.

Pádraic Ó Máille teaches SMÁCHT to business owners who are eager to grow and become more. He’d be happy to discuss the programme with you on 087-2647817 or at p@omaille.ie