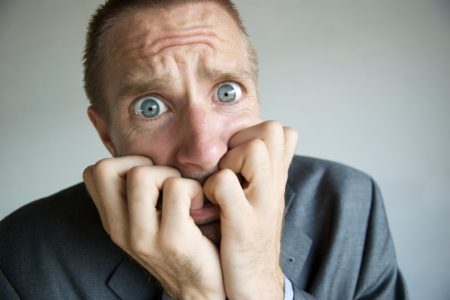 ‘Reilly, I need you to call me,’ was all it said on the voice message.

A fairly innocuous message if it had come from the mother or Flaherty or even the bank manager.

Ominous in the extreme however, if it was from your cardiologist.

He replayed the message hoping he might have gotten it wrong.

He dithered. Decided to listen to the message again.

There was no doubting the tonality in that voice. There was kindness there, and caring too. There was also a distinct ‘don’t mess me about’ intonation there.

From some recess of his mind came the whisper ‘D.I.N’.

‘D.I.N.’ is an acronym for ‘Do It Now’ and was one of Reillys secret psychological weapons for years. Since he first heard about it he’d programmed his subconscious mind each night before going asleep with the affirmation ‘Do It Now.’ It was a most effective antidote to procrastination and putting things on the long finger.

He mentally muttered ‘D.I.N.,’ pulled off the road, dialled the number and willed for all he was worth that she was anywhere but at that number.

‘Reilly, you didn’t score an ‘A’ in your Cardiac MRI.’

In those few moments it had taken her to utter those words, his life seemed to stutter and stall and dangle in suspense.

It was subtle as a brick – saying nothing yet saying everything.

‘What’s the story?’ What’s not perfect?’

‘The MRi has detected a nodule or a masse on your right atrium.’

He scribbled it down mindlessly on the unopened front page of  newspaper on the passenger seat.

‘Hang on a second.’ He said with some assertiveness. ‘I’ve a gig on Friday.’

She’d have been forgiven for telling him in her best Mrs. Browne Dublin accent that ‘Denial isn’t a river in Egypt’ but she desisted. She paused for what seemed an eternity.

Reilly found a quiet snug in a pub down the West where no one would know him and talk to him. He needed time to make sense of it all.

The pints helped dull the edge off reality but the words scrawled on the newspaper never changed.

‘The MRi has detected a nodule or a masse on your right atrium.’

The pints succeeded in helping him fall asleep but only until the witching hour of 4am the following morning.

Now his mind had become one massive uncontrolled riot of panic and fear. He might never have known what might have happened but for the intercession of St Brendan Behan.

There he was, as large as life, and he sprawled across the end of the bed with a cigarette in his mouth and a pint of porter in his hand. He always appeared in those clutch moments of Reillys life when he was in trouble.

‘What are you worried about Reilly?

‘I’m petrified I’m going to die any day now, and in great suffering, and I’m scared out of my wits.

‘What are the facts?

Reilly tossed him the crumpled paper and said emphatically ‘an MRi has detected a nodule or a masse on my right atrium.’

‘What’s the worst that can happen Reilly?

‘Can you accept that?

‘With great difficulty. But if I have to, I have to. I suppose we all will go sometime.

‘What can you do about it?

Reilly said he could do nothing about it but St Brendan wasn’t buying it.

‘Reilly, I said, what can you do about it?

Reilly realised St Brendan Behan wasn’t for giving in and he forced himself to think.

‘Well one thing I can do is give up the drink until this entire episode is finished one way or the other. It only compounds the bad feelings.

‘Secondly, I can refuse to worry until I get the full facts on Friday in the Blackrock Clinic because as my mate Stephen O’Brien is wont to say ‘it could either be full duck or no dinner.’ Reilly was already beginning to feel better.

‘Thirdly, I can show up in that hospital as the best patient I can possibly be.

‘Fourthly, I can refuse to talk to anyone who isn’t a totally positive person and avoid all whingers, moaners and doomsday merchants.’

‘And funnily fifthly, I can have a bit of faith in your domain St Brendan Behan. I can ask a Higher Power for help and I can expect to get it. In fact I can thank the Higher Power in advance for a positive resolution to this issue.’

‘And sixthly, I can stay busy all the time and refuse to allow myself for even a second to feel sorry for myself.

‘And speaking of which, I can now go for a run out the prom and watch the dawn of a new day break over Galway Bay.

‘What will you do about it Reilly? You’ve simply told me what you can do about it. There’s a massive difference between ‘can’ and ‘will.’

Reilly got the point and on the same crumpled newspaper that he’d written such devastating news earlier he now wrote out his six actions.

Although still only 5 am, he slipped on his tracksuit and runners and he jogged out gingerly along the prom.

Somehow the dawn didn’t appear quite as forlorn.

‘Do the thing you fear and the death of fear is certain.’