When the fishing season would draw to a close in late October he’d pack away his rods and his boat and effortlessly transfer his full and undivided attention to the care and maintenance of his beloved stamp collection.

Over hours on end he’d explain to Reilly the quality and value and significance of each of the stamps in the collection. In addition, he’d counsel him on building the value and personality and impact of the collection.

‘It’s like all the great football teams Reilly. Each year, the great managers identify a few new ‘All Stars’ and they divest of a few former greats. It’s the same with stamps. You should always be looking out for rare and unique specimens and moving on some of your former darlings.’

In order to identify ‘rare and unique specimens’ Uncle Stiofáin subscribed to a number of stamp collector magazines. Many’s the winter evening Reilly whiled away the hours with him looking at rarities.

On one particular evening Stiofáin became visibly excited upon reading of ‘The Last Will and Testiment of One Randolph Tucker Gladstone, late of Mississouri, USA.’

‘Trócaire Dé ar a Anam dílis but Randy and I have been long awaiting this day when one or the other of us would bite the dust first.

‘It’s a fair price Reilly but never offer what they initially ask for. We’ll telegram a bid of $149 in the morning and let the good Lord himself look after the details.’

A few weeks later Stiofáin informed Reilly that his offer had been accepted and that the stamp had arrived. He’d wait until Reilly was present to open it. Reilly couldn’t wait to get out from school to go and view it.

Stiofáin met him in the front room of St Marys Road where he had the green table they used for playing cards laid out theatrically in the middle of the room.

He had a pair of gloves for everything. A pair of nylon gloves for tying flies. A wire pair for pulling baits out of the jaws of big pike. A pair of tan calf-leather ones used for driving. For handling his stamps he only ever used white silk gloves.

Donning these he opened the envelope containing the stamp. Reilly, in a fit of puerile immaturity, felt that all that was missing was a drum roll to intensify the suspense and excitement.

Reilly was never as deflated as when Stiofáin placed that stampeen on a large sheet of white paper in the middle of the card table.

Tears appeared in both their eyes but for different reasons.

Reilly was genuinely devastated and gutted for Stiofáin. Imagine to think that he’d shelled out $149 for this piece of paper that was scarcely a half-inch squared and insipid in every feature down to Ben Franklins lifeless face.

From his own stamp collection Stiofáin gently withdrew a stamp of his own and placed it reverently beside Randys one. To Reillys amazement and astonishment it was exactly the same in every feature.

For such a giant of a man Stiofáin became strangely ethereal and otherworldly.

‘Reilly, you are now in the presence of the two last remaining One Cent Ben Franklin stamps in the world. An rud is annamh is iontach.

Taking a silver floirin from his pocket, and a packet of Maguire and Patterson matches, he said.

‘Reilly, I want you to take Randys stamp there and burn it with one of these matches.

Reilly thought for a moment that it was he that was in the altered state.

‘You’re having a laugh Uncle Stiofáin. Why on earth would anybody want to burn something as rare and valuable as this stamp?

‘Do it and you’ll understand.’

Slowly and carefully and deliberately.

For one fleeting second it appeared as if even Ben Franklins morose face lit up. As the stamp curled into a foil of grey ash Reilly understood for the first time the meaning of the ancient Irish phrase ‘an rud is annamh is iontach’ (what’s rare is wonderful.)

Stiofáin, being the consummate teacher that he was, didn’t have to tell Reilly that scarcity creates value. One unique stamp is worth infinitely more than two rare stamps combined.

There are three key learnings.

‘Figure out who you are then do it on purpose.’

‘The quickest way to sell anything to anyone is to tell them they can’t have it.’

‘The day I put an end to unlimited availability was the day I took back control of my life.’

—a great client of Reillys who understandably requested to remain anonymous.

(After two years dodging the Covid Reilly came unstuck this week. Thankfully, nothing more than an old fashioned cold but sufficiently chastening to remind us all of the millions who suffered from it throughout the world, and for us to be grateful for being here now.)

END_OF_DOCUMENT_TOKEN_TO_BE_REPLACED 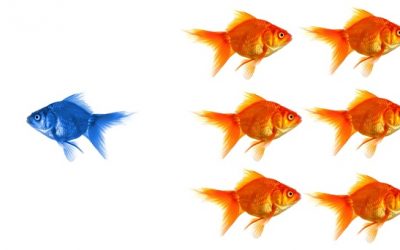